Growing up, I felt like I was caught in no-man’s land being half Palestinian (“Pal-a-what?” my classmates would say) and half “white” on my dad’s side. On the one hand I lived a typical white American life. Most paperwork that required demographic information placed me in the Caucasian category, but it never adequately described my identity. I had a grandmother who I called “Teta.” She made us Arabic food and called me “habibete”(sweetheart) and told me “yallah” (hurry) when I wasn’t eating her rolled grape leaves stuffed with meat and rice fast enough. My mom’s name is Halla, and she spent her childhood in another country, which was different from all of my friends’ moms, even though by the time my mom had me in her early twenties there was no trace of her former accent. Sometimes my mom made us lebani and zaater sandwiches in a pita bread for lunch, and classmates questioned what we were eating. There was always something slightly less “white” about me. I was in Ohio once visiting my dad’s family when somebody told me that I looked “exotic.” Of course. I had brown hair and olive skin in a sea of blonde heads and translucent white skin. I wasn’t that kind of Caucasian.

I usually embraced the different worlds I dwelled in. I could go in and out of those worlds whenever I pleased. I wasn’t constrained by traditions and rules; I got to pick and choose what I liked and followed, almost like a buffet table. This seemed better than being forced to adhere to the norms of a single tradition. It was definitely more interesting, even though I didn’t know anyone with my same no-man’s land predicament.

It wasn’t until I got married when I realized the extent of the no-man’s land I was in. I married a Japanese-American man. We didn’t fit in with my Arab relatives in terms of language or religion or smoking cigarettes in the garage over games of backgammon and strong coffee and a bowl of nuts. We also didn’t fit in completely with white people who generally still didn’t marry non-whites.  I became more aware than ever that I had spent my life with a leg on either side of a doorway, and when I married somebody who wasn’t white and who wasn’t Arab, I seemed to push myself further into that no-man’s land, taking my legs out of both sides.

In Israel, I am reminded of that no-man’s land. This is a place of no-man’s land. It touches upon the feelings of not relating to anyone in the dichotomy of my cultural and ethnic identity. How can this be the place of half of my Palestinian heritage, but the street names are all in Hebrew? The flag has a Jewish star and as we speak the government is back at it in Gaza, the people often referring to their ongoing issue as “mowing the lawn.” Cutting down weeds, essentially. Palestinians are weeds to them. They don’t belong. But this is my family’s homeland. How can that be reconciled?

I feel a connection to my family’s homeland, and yet it is not mine to claim since I have never lived here. Also, Palestinians don’t get free birthright trips like Jewish people. Somebody who can not even claim a single generation of family in Israel but is Jewish is considered to belong here more than my long-line of Palestinian ancestry. While I feel something special about the streets that my mother and grandparents and great-grandparents and beyond called home, there is also disconnection.

In the U.S., it is my home in every way, the place of my citizenship, my homeland, and yet sometimes I can feel like a mismatched puzzle piece over there too, never fitting in with the Arab-American crowd (as evidenced by my sheer terror whenever Arabic dancing is required at a party), and not able to relate to anyone who burns in the sun and had hair that turned green in swimming pools as a child.

I am “American.” But this has always been a poor descriptor of who I am. Even as a child, the label never quite fit. I would ask my friends what their ethnicity was and they would often shrug and say, “American” or “white.” Just white. The alarming thing was that most of them never seemed to have the urge to know more. Either “just white” was good enough, or they believed the stories passed down to them about their origins. But mostly they were satisfied with not knowing.

Last year I took a genetic test. I expected my results to be straightforward. I hoped for a scandal though, like a long-lost relative or something. Instead, I got interesting insight about my genetic history. I expected to be 50% Palestinian/Middle Eastern, 12.5% Irish, and the rest German. At least that was what I should’ve been based on the stories passed down to me. My results came back showing almost no German, a teeny tiny pinch of Irish (despite an Irish maiden name), 14% Middle Eastern, and other random things like Balkan and even 0.1% Ashkenazi Jew. A hodgepodge of various European countries and a dash of Middle Eastern. The majority of my genes registered as Italian.

Italian. Never in my life did I think I had even a drop of Italian in me. That probably explains why I have traveled four times to Italy, and each time felt something tug at me–a connection–similar to how I felt when I drove into my grandmother’s hometown of Nazareth. It makes sense, the Italian thing, being connected by the Mediterranean Sea.

But what does any of this mean?

It is disheartening and frustrating to hear disparaging remarks in the U.S. about immigrants and refugees. The racism isn’t even masked anymore; the level of historical amnesia is infuriating. We have too many people in the U.S. who consciously and unconsciously feel inherently better than others because their cosmic roll of the dice landed them U.S. citizenship, most of the time by no effort of their own. They might point out that their ancestors immigrated legally, but when pressed about their origins, they shrug and claim to be “just white” as if that was their ticket into the land of the free (it probably was), or they might proudly inform you that they descended from a noble line tracing back to the Mayflower. Except, the pilgrims most certainly did not have a visa to enter North America when they claimed to break bread with the Native Americans.

People overlook these details though.

The “American” label is supposed to be a melting pot of every variety of human, but let’s not pretend to not know that most people consider “real American” to be white.

I wish we lived in a world where citizenship was where we paid taxes and spent our societal investment–like a Costco membership–rather than an exclusive club from which brown people aren’t welcomed.

Because you see, really, the confusion I have felt about being in the no-man’s land of cultural and ethnic identity is how I feel about existence in this world in general.

I belong everywhere, and nowhere.

I am a citizen of the world. That is what I feel. But legally, on paper, there is no such thing.

I am Italian in my DNA, but Italy won’t give me citizenship.

My 0.1% Ashkenazi Jewish heritage isn’t going to qualify me for Right of Return privileges.

I qualify for Israeli citizenship through my mother, but it is not where I want to pay my societal dues.

I belong everywhere, and nowhere.

My children, half Japanese, half a lot of other things, are not yet confused by their mixed identities. They think I am Japanese too. The thought does not occur to them that our eyes do not look the same. They have traveled rather extensively for their ages and have seen people in various countries, ranging from Mexico to Denmark to Japan to Israel to Italy to Australia and more. We live in a diverse city and they go to a diverse school. It never occurs to them to notice how people look. To them, everyone is a human. What a gift children have, having the inability to sort other humans by color and religion and other labels that dehumanize.

How nice it would be if everyone belonged everywhere and nowhere.

If we could see each other as purely as our children do.

If there was no such thing as a no-man’s land in identity.

If we were all just children of the world. 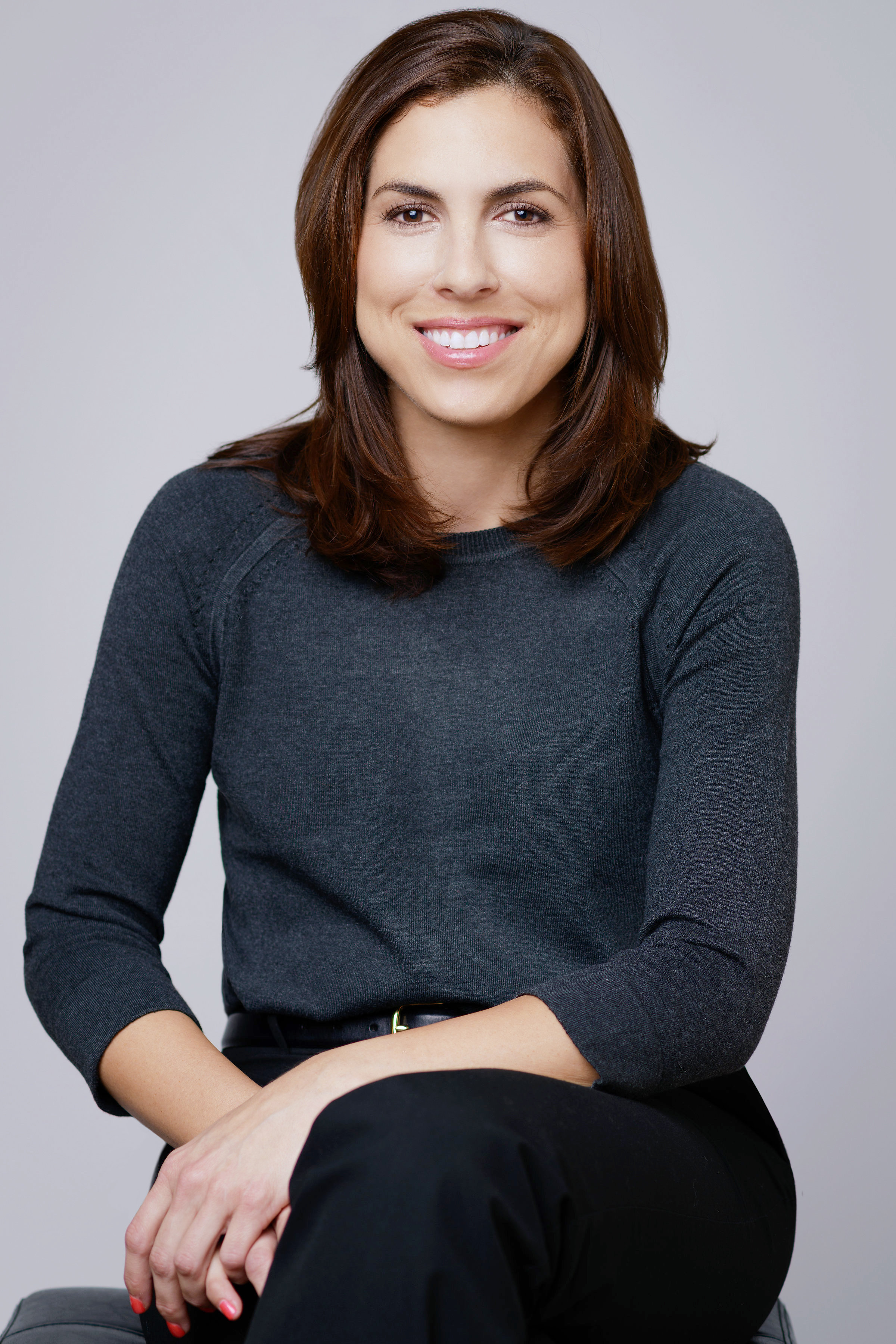